The greatest rugby players of all time 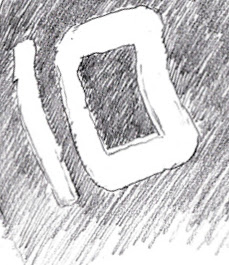 Quite why I have chosen to open my series on the greatest rugby players of all time with the fly-half position may at first seem like an exercise in sado-masochism. The most fabled and storied position in the game is a home to some of rugby union’s greatest and most iconic players, and to wear the number 10 jersey is to define and encapsulate the philosophy of your team and even your country. Through the fly-half all things are possible, and much like Jesus Christ there is more scope to be deified and crucified in equal measure. To be counted among the greatest fly-halves in the history of the game is to immediately put yourself in pole-position to be considered the greatest player in the history of the game, such is the reach and scope of the position’s importance. To answer who exactly is fit to wear this crown, we must first examine what it is to be a first five-eighth, and from there we may assess each candidates place in history.

The fly-half position in rugby union defines and dictates how the game is played and as such is as important as the quarterback in American Football. He is responsible for almost all of the decision making that happens on the field of play; assessing where to attack, how to defend and how to strategically acquire an advantage over the opposition.  As invariably the first receiver following a breakdown in play he calls the shots, and as such it is inevitable that the comparison is often made between he and a general in battle. Pithy allegories between sport and war aside, the outcome of contests can often be decided by the vision and decisiveness of the “midfield general”, and so it follows that one would want an Alexander, a Caesar or a Napoleon, rather than a Caepio, to produce a result. It is here where the comparison to the quarterback ends however, as the fly-half, in addition to his aforementioned responsibilities should also be able to defend, kick (both strategically and for goal), and offer a serious threat with ball in hand. It is here where 10’s distinguish themselves from every other position on the field; in no other position is it a prerequisite to have such a complete skillset as a footballer, where small weaknesses in your game could be brutally exposed in the test arena and relegate you to being merely a good club player.

Going forward then I want to first address the players that didn’t make the cut in no particular order. Jonathan Sexton – has all the creativity of a boiled potato, Owen Farrell – not even the best fly half in the England team, Quade Cooper – leakier in defense than a tramps hat, Ronan O’Gara – there was literally no-one else in Ireland, Stephen Jones – Ronan O’Gara again, just in a red shirt. While this collection of players certainly enjoyed impressive careers, I doubt many would push for them to be considered an all time great.

To start in historical and somewhat unconventional terms I would suggest that the Welsh magicians Barry John and Phil Bennett deserve canonization as all time greats. To my mind it is impossible to separate the twin masters, such is their impact on the position of fly-half. It is with them that the mystique of the Welsh fly-half begins and ends, the idea that the number 10 was effectively Merlin in a red shirt, able to conjure something from nothing, and have mastery over space and time itself. It is from their example that modern players such as Carlos Spencer, Danny Cipriani and Quade Cooper draw their attacking powers, standing flat and having the defensive line hesitate, never quite knowing what feat of brilliance they will produce. John and Bennett defined an era of international rugby, conquering the great southern hemisphere powers in consecutive victories on tour with the British and Irish Lions, and dominating the Five Nations Championship with an unprecedented 8 victories in 10 years between 1969 and 1979. Such is their place in the mythology of the Welsh game that they have become the benchmark for how all Welsh 10’s are expected to perform, leading to years of bitterly underwhelming players never quite reaching their dual brilliance, and reaching its nadir in James Hook, a talented attacking talent weighed down by the weight of the woolen shirts of past glories.

If there was no successor to the throne of John and Bennett in Bryll then we may look to New South Wales and to Mark Ella. The greatest first five-eighths of the 1980’s, Mark Ella built on the standard set by the Welsh masters, combining brilliant attacking play with astute game-management. Whereas Wales looked to John and Bennett to produce a line-breaking piece of footwork, Mark Ella looked for the Australians around him, judiciously playing his team-mates into space. The time that Mark Ella had in possession was impossible; to stand as flat he was to the defense and draw a man out of position before unleashing an onrushing team-mate is something that very few modern fly-halves have the capability to do, let alone a player from the amatuer era. His singular brilliance  ended New Zealand’s stranglehold on the Bledisloe Cup, and his famous Grand Slam tour of the Home Nations in 1984 bought four tries and four wins against the shell shocked British Isles. To watch Beuden Barrett, the most outlandishly talented footballer of the modern game is to be reminded of Mark Ella and his astounding abilities, and such is Ella’s legacy that both Barrett and Stephen Larkham were manufactured into world class fly-halves from their perhaps more natural positions of fullback in an effort to recreate his brilliance.

In the buildup to the game going professional in 1997, the role of the fly-half was shaped and evolved by two men, and, much like Barry John and Phil Bennett, it seems futile to separate the two. Throughout the late eighties and nineties, the fly-half changed from brilliant virtuoso to conductor, taking a step back from the position occupied by Ella on the field and becoming much more of a distributor and director, and no men encapsulated this shift more than Michael Lynaugh and Joel Stransky. World champions in 1991 and 1995 respectively, Lynaugh and Stransky embodied the calmness and precision which is expected from the modern number 10, often seeming to float above the melee that was happening around them. Simultaneously they realised the potential the fly-half as a match winner with the boot, Lynaugh retiring as the all-time record points scorer in Test history with 911, and Stransky famously scoring all 15 of South Africa’s points in the 1995 World Cup final. While not especially captivating in their own right, Lynaugh and Stransky showed rugby that the fly-half could allow the team to sparkle, and this line of thought has persisted up to the present day, with players such as Stephen Jones, Ronan O’Gara and Aaron Cruden representing a distillation of their mould.

With the advent of the professional era of rugby union in 1997, two radically different approaches to the position of number 10 have emerged. The first, that the fly-half should dictate the play, winning matches by virtue of his accuracy in both distribution and his boot, managing engineering the game to his advantage, and the second that he should turn the game by virtue of his individual brilliance. No two men encapsulated their respective schools of thought, the public’s imagination and indeed their nation’s playing philosophies more than the twin figures of Stephen Larkham and Jonny Wilkinson. Each man was everything the other was not; Larkham the heir to Mark Ella, all lighting fast decision making and impossible angles, Wilkinson the evolution of Lynaugh and Stransky; the midfield general who ran the game, creating for others and grinding down the opposition with his unrelenting, torturous accuracy with the boot. For the romantics Larkham was the posterboy for expressive, scintillating back-play, but in terms of sheer dominance Wilkinson is the outlier. Quite apart from winning every major honour available to him, including besting Larkham in the 2003 World Cup final, Wilkinson bought a new level of defensive intensity and prowess hitherto unseen in a number 10. His sheer ferocity is perhaps the reason that so many of his prime years were spent in the treatment facility, robbing the game of his singular dedication to excellence and self-improvement. In Larkham and Wilkinson we see two sides of the coin – one face glamour and excitement, the other calculating and relentless.

At this point it seems natural then that our final contender for the title of greatest fly-half of all time would unite the twin faces of Wilkinson and Larkham, and indeed, he does. There is one player that looms largest in the imagination, someone who came to dominate rugby union for more than a decade. Let me first give you some statistics. 1598 points. 2 World Cups. 9 Tri-Nations/Rugby Championship titles. 3 IRB Player of the Year awards. A Test win percentage of 88.4%. I am of course talking about Dan Carter. To score 14 points in the course of a game represents a good day at the office for many top international players, to average 14 points per game for your entire career is frankly ridiculous. To watch Dan Carter play is to be given a lesson in how to play rugby union. Throughout his career he has been peerless, and stands comparison to greats from other sports such as Michael Jordan, Wayne Gretzky or Pele. From the moment he announced himself on the world stage with perhaps the finest individual display in the history of the game (his evisceration of the British and Irish Lions in 2005), to his majestic final Test match (his superlative study in game control in the RWC final in 2015), Dan Carter has stood alone as not only the greatest fly-half of all time but the greatest rugby player of all-time.